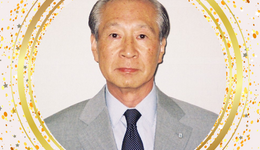 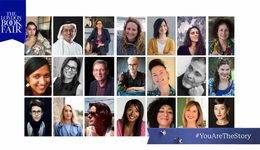 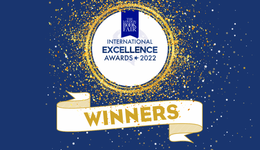 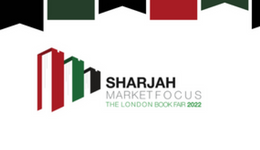 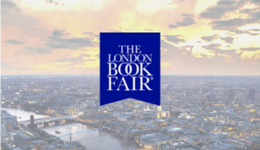 London, 4 March 2022. The London Book Fair has today announced the shortlists for the International Excellence Awards 2022, with sixteen countries represented across four continents.

Now in their ninth year, the International Excellence Awards recognise publishing achievement across eight categories, championing those organisations and individuals from around the world demonstrating passion, creativity, and ingenuity. The shortlist for each award category was selected by a judging panel comprised of experts within that sector.

This year’s shortlists feature seventeen different countries, with Greece being shortlisted for the first time. Spain leads the pack, appearing in three categories, while the USA, Egypt and France follow close behind at two nominations each.

Damla Publishing (Turkey), Thierry Magnier (France) and Tulika Publishers (India) will be competing for the Children’s and Young Adult Publishers Award, which is a new category for this year. La Mistral (Spain), Norli Universitetsgata (Norway) and Rahva Ramat Viru Store (Estonia) are all in the running for Bookstore of the Year, while City of Johnannesburg (South Africa), Fran Galovic Koprivnica Public Library (Croatia) and House of Wisdom (UAE) are vying for the coveted title of Library of the Year.

The Audiobook Publisher of the Year category will see Macmillan Audio (USA) and Saga Egmont (Denmark) going up against Penguin Random House (USA), which took home the award in its inaugural year in 2018. The Literary Translation Initiative award shortlist, meanwhile, consists of Al Kotob Khan (Egypt), Europe Comics (Belgium), and Institut Ramon Llull (Spain). The Educational Learning Resources Award, another new category for this year, will be awarded to either Caramel Tree (Canada), Editions Animées (France) or Hamilton House Publishers (Greece), while the Rights Professional Award shortlistees are Anna Soler-Pont (Spain), Fatima Abbas (Egypt) and Gray Tan (Taiwan). Finally, the UK based Inclusivity in Publishing Award shortlist features Knights Of, Bloomsbury and Saqi Books, all of whom champion diversity and inclusion in their work.

Andy Ventris, Director, The London Book Fair, said: “The publishing industry has done remarkable work over the past year, managing to tell new stories and deliver books to readers in the face of COVID, supply chain issues and other notable challenges. The dedication and passion for books shown throughout the global trade is truly inspiring, and we are delighted to recognise some of the most innovative companies, initiatives and individuals from around the world in this year’s International Excellence Awards shortlists.

“We wish all our shortlistees the very best of luck, and look forward to announcing the winners of the International Excellence Awards at this year’s London Book Fair, as we come together in person to reconnect at Olympia London in April.”

The full shortlist of The London Book Fair International Excellence Awards is:

Eligible for entries from the UK only:

The winners of the International Excellence Awards, as well as the recipient of the London Book Fair Lifetime Achievement Award, will be announced at the fair in April, with details of the announcement to follow later this month.